In the month of March, two planned workshops could be conducted virtually. The first event, organized by the General Secretariat of the German Red Cross, was used for the project-internal exchange about the research results developed so far. The second workshop served as a kick-off event for the introduction of the associated partners and future exercise participants from the Krefeld area. This event was organized by the city of Krefeld as well as the General Secretariat and the North Rhine Regional Association of the German Red Cross. 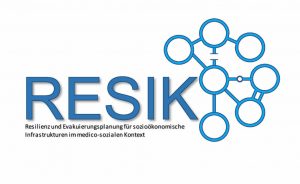